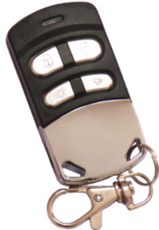 impulse4 was conceived out of many years of experience from within the Access Control Industries, given the overwhelming range of different manufacturers and frequency ranges across the globe; our designers and technicians recognised the need to research and develop a high quality, Universal Barrier, Garage Door and Gate Remote Control Key Fob that when introduced into the global market would fulfill a niche by eliminating the confusion surrounding this kind of entrance system technology.

By simplifying the user friendliness of a true Universal Remote Control without compromising on technology, we have achieved our goals with impulse4.

OK, it's a remote key fob; we realise that not everyone gets as excited as we do over what on the outside is just a device that when you push a button the gate opens! We won't even bore you to sleep with just how much technology is under that sexy tactile exterior of impulse4. Heres a thought for your consideration - Your very expensive existing original remote key fob can only operate on one system - our very cost effective key fob works on 4! We'll Say no More. 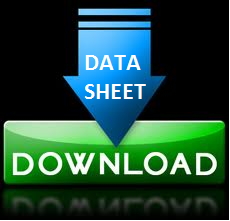 1.It’s better than the original

2.It’s more advanced than the original

3.It’s more robust than the original

4.It’s capable of copying up to 4 different frequencies

7.It’s much better value for money

8.It's cheaper to purchase

•1> Press buttons 1 and 2 together until LED becomes Green

•4> Press and hold the button on original remote keeping approximately 10cm away from the new remote.

Confirm by opening the door a number of times.

Duplication is very easy: both frequency and code is learned automatically, without the need of external equipment.

Each button is independent, so it's possible to clone up to 4 different remote controls, even if they operates in different frequencies. For example, you can duplicate CAME TOP432 (433.92 MHz) on button 1, HORMANN HSM4 (868.3) on button 2, LIFTMASTER 63LM (390 MHz) on button 3 and LINEAR Multicode (300 MHz) on button 4. Any supported code and frequency combination is possible. Look at the compatibility table above!

The remote control is made in EU, supplied in a nice blister, with instructions printed in several languages, 3V battery already installed, both snap hook and key ring, and 2 year warranty.